Students in grade seven study the social, cultural, and technological changes that occurred in Europe, Africa, and Asia in the years A. D. 100-1789. After reviewing the ancient world and the ways in which archaeologists and historians uncover the past, students study the history and geography of great civilizations that were developing concurrently throughout the world during medieval and early modern times. They examine the growing economic interaction among civilizations as well as the exchange of ideas, beliefs, technologies, and commodities. They learn about the resulting growth of Enlightenment philosophy and the new examination of the concepts of reason and authority, the natural rights of human beings and the divine right of kings, experimentalism in science, and the dogma of belief. Finally, students assess the political forces let loose by the Enlightenment, particularly the rise of democratic ideas, and they learn about the continuing influence of these ideas in the world today.

The California State Board of Education has worked hard with the Academic Standards Commission to develop history-social science standards that reflect California's commitment to history-social science education. These standards emphasize historical narrative, highlight the roles of significant individuals throughout history, and convey the rights and obligations of citizenship.

*Students will have opportunities to earn extra credit per Mr. Cutts’ discretion.

It is a student’s responsibility to inquire which assignment(s) they missed during their absence. This inquiry is to be done before school, after class, during break or lunch.

Any missed assignments (quizzes, tests, etc.) can be made up during lunch or after school per Mr. Cutts’ approval.

An absent student may turn in assignments for full credit per Mr. Cutts’ approval.

A non-absent student can turn in an assignment the following day it was due for 80% credit or by the end of a unit of study for 50% credit.

If a student has any missing assignments they will not be eligible for extra credit.

1. Students will line-up outside of the classroom before the tardy bell rings.

2. Students will immediately sit in their assigned seat upon entering the classroom.

3. Students will not to leave their seat at anytime without permission.

4. Students will place backpacks under their desks and be ready to use required materials.

5. Students will work on an assigned warm-up task during the first 5 minutes of class.

6. Students will raise their hand in order to speak during class.

7. Students will be given permission to discuss group assignments during class.

8. Students will not pack their belongings before the dismissal bell rings.

9. Students will remain in their seats until they are dismissed by Mr. Cutts.

10. Students will abide by all rules in the Mendota Junior High 2015-16 Student Handbook.

*Mr. Cutts reserves the right to change any rule at any time with or without notice.

*Mr. Cutts reserves the right to change any disciplinary step at any time with or without notice.

1. I expect students to embrace the “no excuses” mindset.

2. I expect students to be respectful and courteous to others at all time.

3. I expect students to not talk about non-classwork or socialize during class.

4. I expect students to be organized and prepared for every class.

5. I expect students to perform and complete all assignments to the best of their abilities.

Guidelines on All Papers:

1. Papers must have name, date, and period at the top right hand corner of the paper.

2. Papers must be turned in without scribbles, inappropriate markings, and ragged edges.

*Failure to comply with guidelines will result in the paper being returned without a grade.

Students please tell me in person if…

1. You are having difficulty understanding the class instruction and/or assignments.

2. You are seated near someone or something that distracts your attention.

3. You are unable to see or hear the teacher’s instruction.

4. You are unable to complete an assignment within the given time.

5. You have any issue that is preventing you from performing to the best of your ability.

Parents please feel free to call or contact me via e-mail: bcutts@mendotausd.k12.ca.us

7.1 Students analyze the causes and effects of the vast expansion and ultimate disintegration of the Roman Empire.

7.2 Students analyze the geographic, political, economic, religious, and social structures of the civilizations of Islam in the Middle Ages. 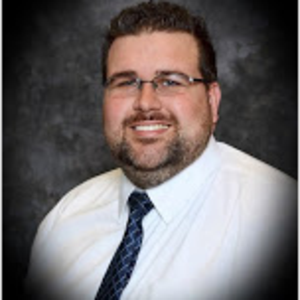